Louie was a former sled dog who was sweet and shy.  Shortly after we was adopted, Louie got away, and spent many nights hiding in the woods!  Thankfully his new family never gave up, and did everything they could to make sure they got their scared boy back home!

“I also had wanted to drop off a donation to WAG, as you had all helped us so much during Louie’s “camping trip”.  We truly cannot thank you and the rest of the Wag staff enough for everything you did for us.  Your unwavering support helped us through a difficult time.  But all of that is now behind us and I am happy to report Louie is doing very well.  He is getting more confident with each passing day and “scary cars” are now a thing of the past.  That is not to say that there aren’t various things that still spook him but we are working on it little by little.  He now loves his backyard and will venture out all by himself.  He also enjoys soaking up the sunshine while lounging on the deck and the spot where he rests during the day, gets some sun from the skylight above which makes him very happy.  I am attaching a photo from earlier this week, you will see what I mean about “lounging” J.  Molson loves his brother and they always keep an eye open for each other which is rather adorable. “ 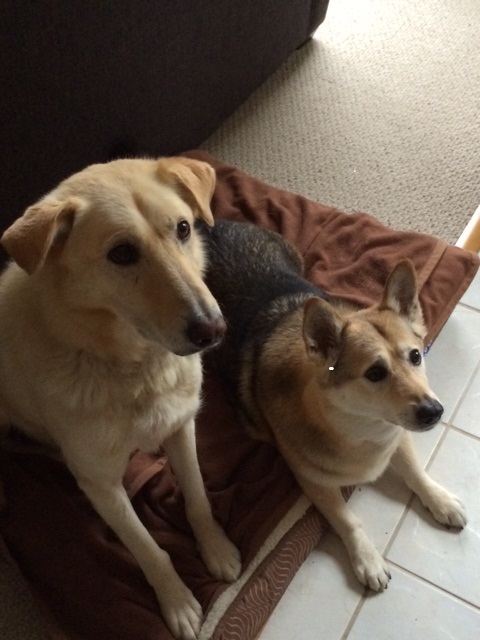