Tofino spent the first few months of his life living at a dog sled kennel. He was surrendered to WAG at 4 months old; by this age he was already under socialized with people and very timid. We found a loving foster home to help him adjust and gain confidence. He foster home quickly fell in love with Tofino and decided they would make their home his forever home!

Congratulations Tofino we are so happy you found your perfect match!

UPDATE: Since going to his forever home, his mum and pop found out he had a severe case of hip dysplasia! It was so bad that both his hips were actually dislocated and he was put on daily pain medication. They tried to get him hip replacements but his bones were to damaged when he was finally eligible. Tofino did receive two major surgeries (Femoral Head Ostectomy, FHO) that gave him a bigger range of motion and let him live a pain free life! Now that he doesn’t need daily pain medication he’s working on building up his muscle and socializing with other dogs! 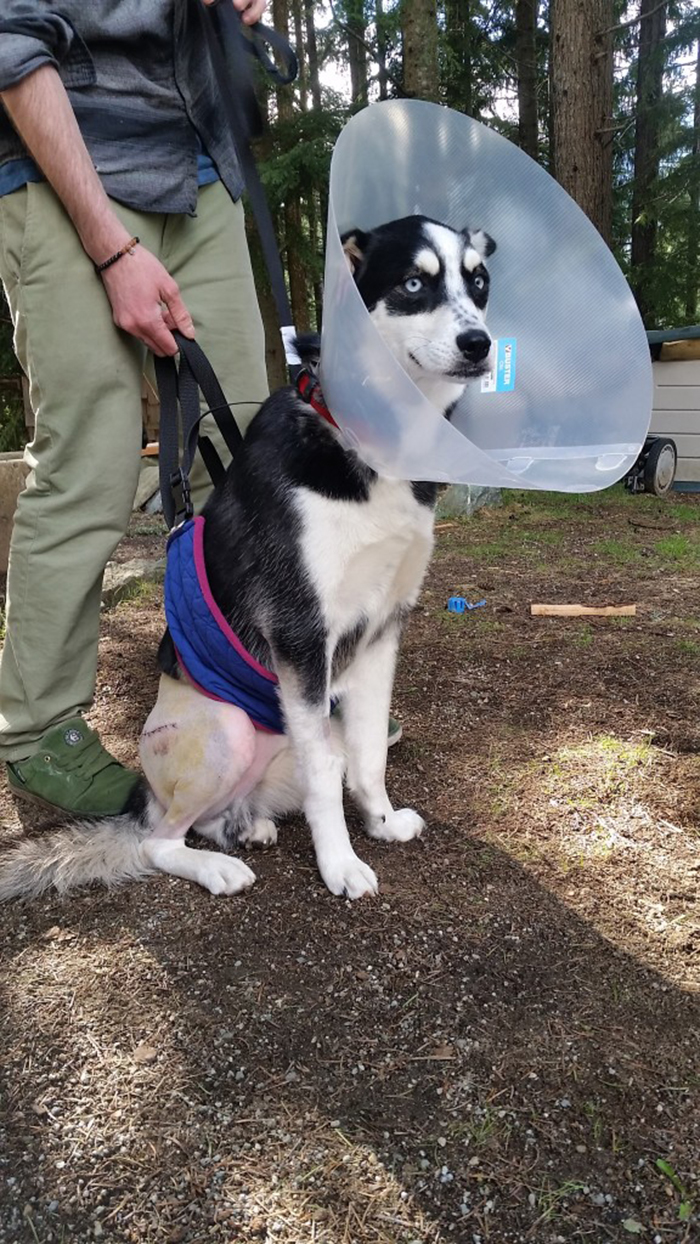